Neemo is the sweetest beagle-mix puppy! Little Neemo was adopted from a rescue when he was a young puppy (lucky dog!), and as he grew, his mom noticed that he had an underbite. Her primary veterinarian watched this as he grew and started to become concerned when she noticed that the teeth were hitting each other when he tried to close his mouth (remember that dogs teeth shouldn’t hit each other like people’s teeth do). When he was about 7 months old, they decided that it was time for Neemo to visit the dentist.

On Neemo’s awake oral examination, we found a significant class III malocclusion, or underbite. When evaluating any malocclusion like Neemo’s, we generally look for things that might cause long-term problems or discomfort, like teeth hitting other teeth or teeth hitting soft tissue. If those things are occurring, intervention is warranted. 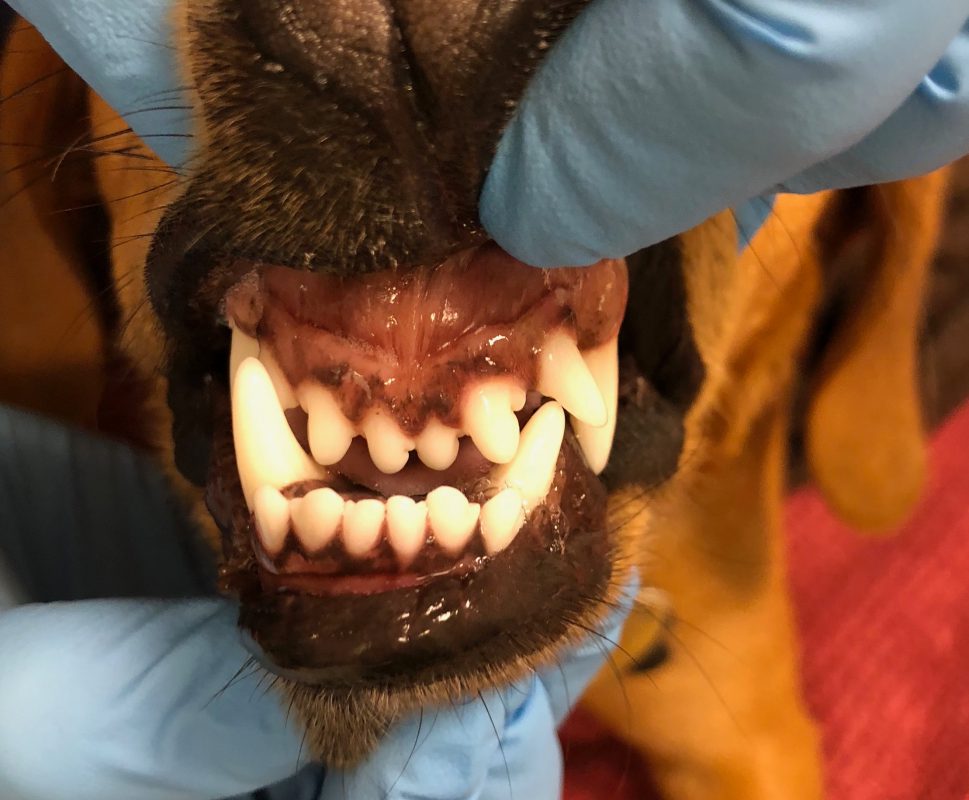 In Neemo’s case, it was important to stop the upper incisors from hitting the canines because that causes constant trauma to all the teeth involved and will lead to attrition (wear) of the teeth and likely to disease of the inside of the teeth over time (endodontic disease), which can be incredibly painful. We also wanted Neemo to be able to open and close his mouth normally. The best way to accomplish this, in Neemo’s case, was to remove the upper incisors. Because of his significant underbite, we felt that this wouldn’t affect his ability to eat/drink/play and would allow him to open and close his mouth normally with none of his teeth hitting each other. Added bonus: Neemo would still be the cutest dog on the block!

Neemo recovered great from the procedure and anesthesia and was back to his playful self within a couple of days. His mom hasn’t noticed any difference in how he plays or eats and is happy with his outcome. In fact, we think Neemo is even cuter now that he was before (if that’s possible) because sometimes his lower teeth make their way out when he is anxiously awaiting a cookie.